Are Fireworks Legal in New York? What you need to know this 4th of July 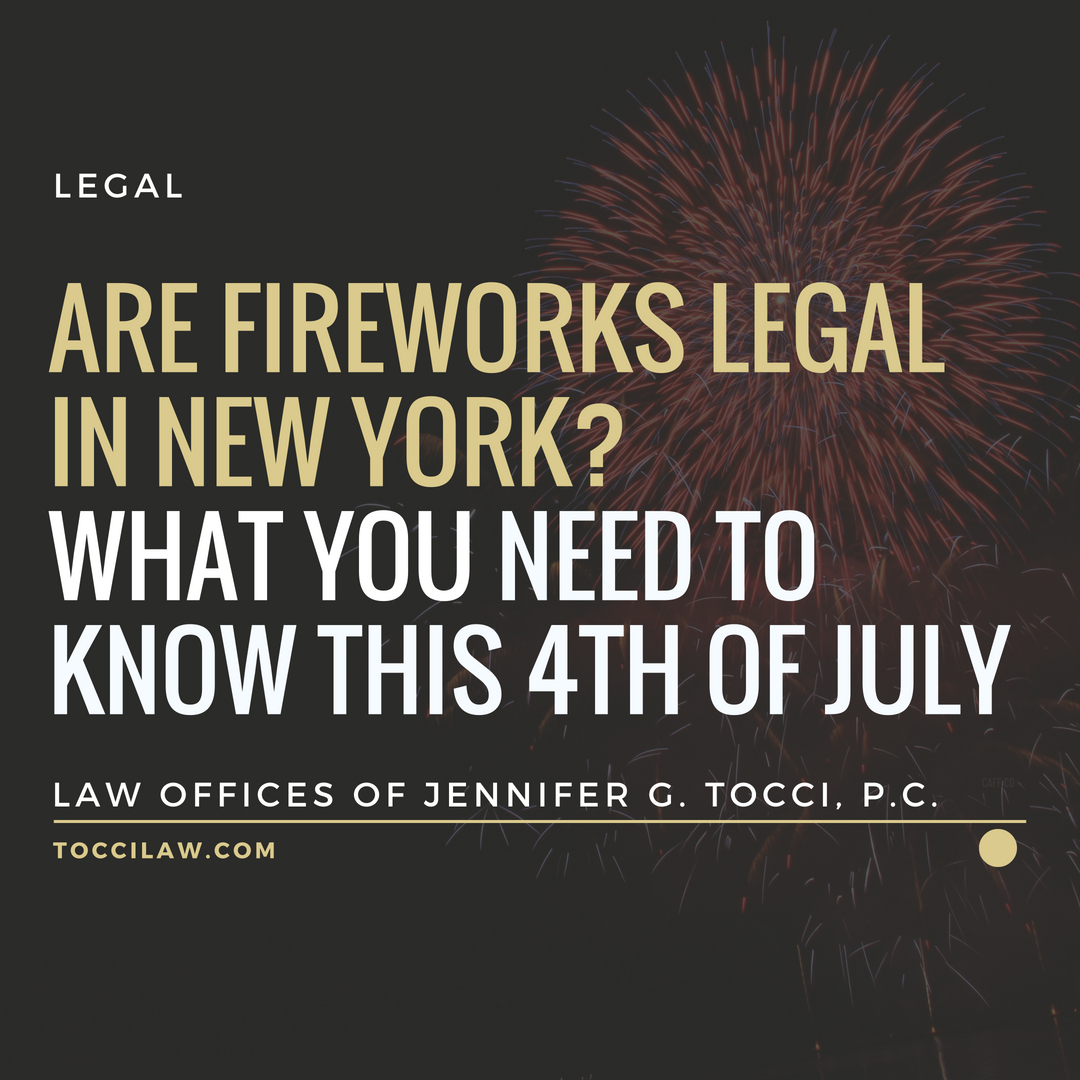 In New York State, the only fireworks that are legally permitted to be set off without a permit or license are Sparkling Devices (aka “sparklers). Sparkling devices are defined by NYS as “ground-based or handheld devices that produce a shower of colored sparks and or a colored flame, audible crackling or whistling noise and smoke.” According to the New York State Department of Homeland Security and Emergency Service, the law limits the type, size, and construction of Sparkling Devices. The law requires that these devices be hand-held or mounted on a base or spike, as well as be no more 500, which consists mostly of pyrotechnic composition. While NYS permits the sale and use of sparklers, counties such as Bronx, Columbia, Kings, Nassau, Suffolk, Westchester, New York, Queens, Richmond, and Schenectady prohibit it. Besides sparking devices, all other types of consumer fireworks, including recrackers, bottle rockets, roman candles, spinners and aerial devices, remain illegal statewide. All fireworks, including sparklers, are illegal to purchase and use on all of Long Island.

Can I be charged with a crime for using, buying or possessing fireworks in New York?

Unlawful possession and use of fireworks in New York State can range from a violation to a Class A misdemeanor and cost you up to one-year in jail and a $1,000.00 fine (New York State Penal Law § 270.00).

Additionally, by setting off fireworks without a permit, you could be charged with the crimes of “Unpermitted Use of Indoor Pyrotechnics.” These NYS charges range from a Class A Misdemeanor to a Class D Felony. If convicted, you may be sentenced to jail time for up to 7 years with a $5,000.00 fine! In certain situations, you may have to submit your DNA to the databank, which entails additional fees.

Unlawful sale of fireworks to a minor (under age 18) can range from a Class A Misdemeanor to a Class E Felony and accompanies a sentence of up to 4 years in jail and a $5,000.00 fine.

The fines associated with these crimes are not used to pay for damages caused by illegal use. Instead, they are “punishments” for the crimes committed. In addition to the fines, you may have to pay restitution for any property damage or personal injuries caused by using fireworks.

Can I be charged with a crime if I purchase fireworks in a different state or location?

Absolutely. As a matter of fact, you could require a defense in federal court as a result. If you purchase fireworks in a different state, even if it is legal to purchase fireworks in that state, and transport them into NY, you could be charged with the federal crime of “Transportation of Fireworks into State Prohibiting Sale or Use.” (See, 18 U.S. Code § 836.) If convicted, you could be imprisoned for one year and be subject to a fine. You could potentially be charged with violations of state law, in addition to violations of federal law.

Depending on how the fireworks were used, you could be charged with related or similar crimes as well. If you’ve been charged with a fireworks crime, call the Law Offices of Jennifer G. Tocci, P.C., for a free thirty-minute consultation to discuss your rights and options. (631) 343-7676.