Medical Coverage for Injuries from a Motor Vehicle Accident 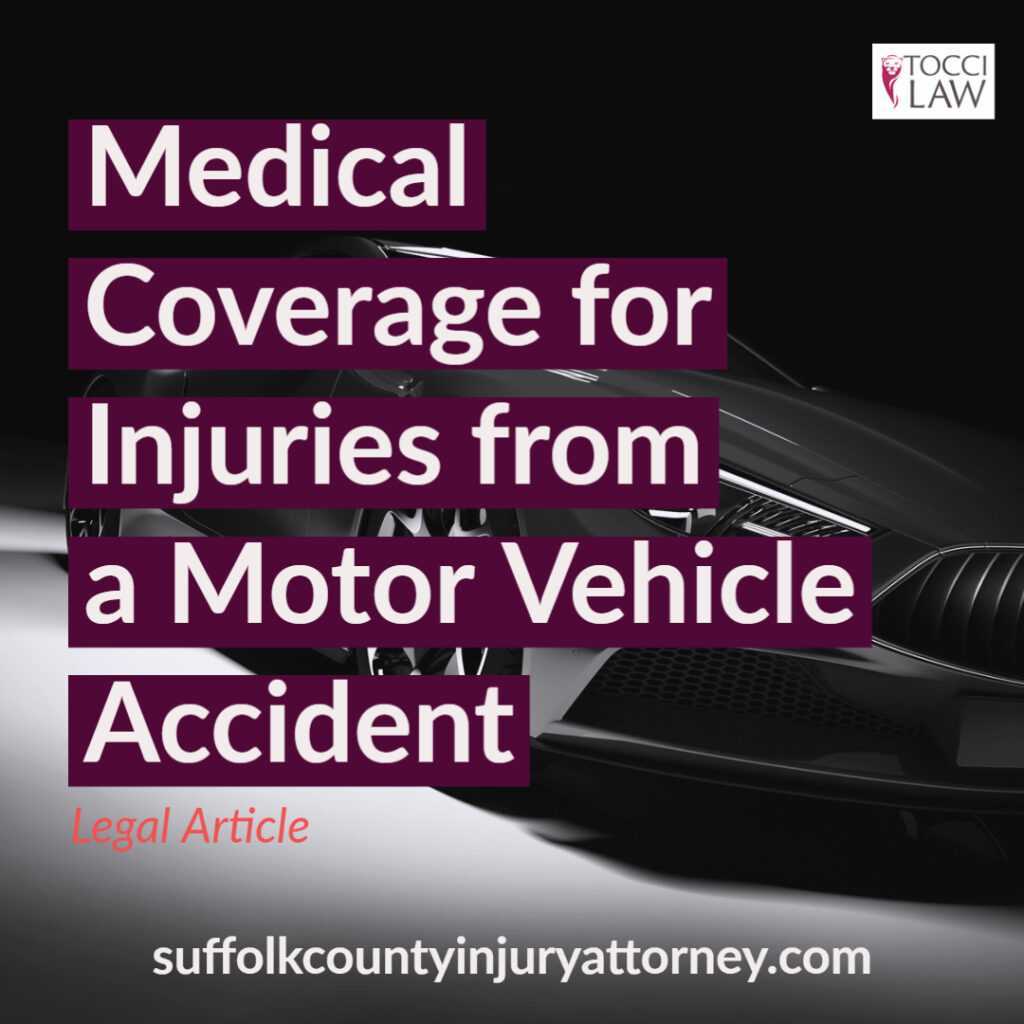 Potholes & their Contribution to Auto Accidents on LI 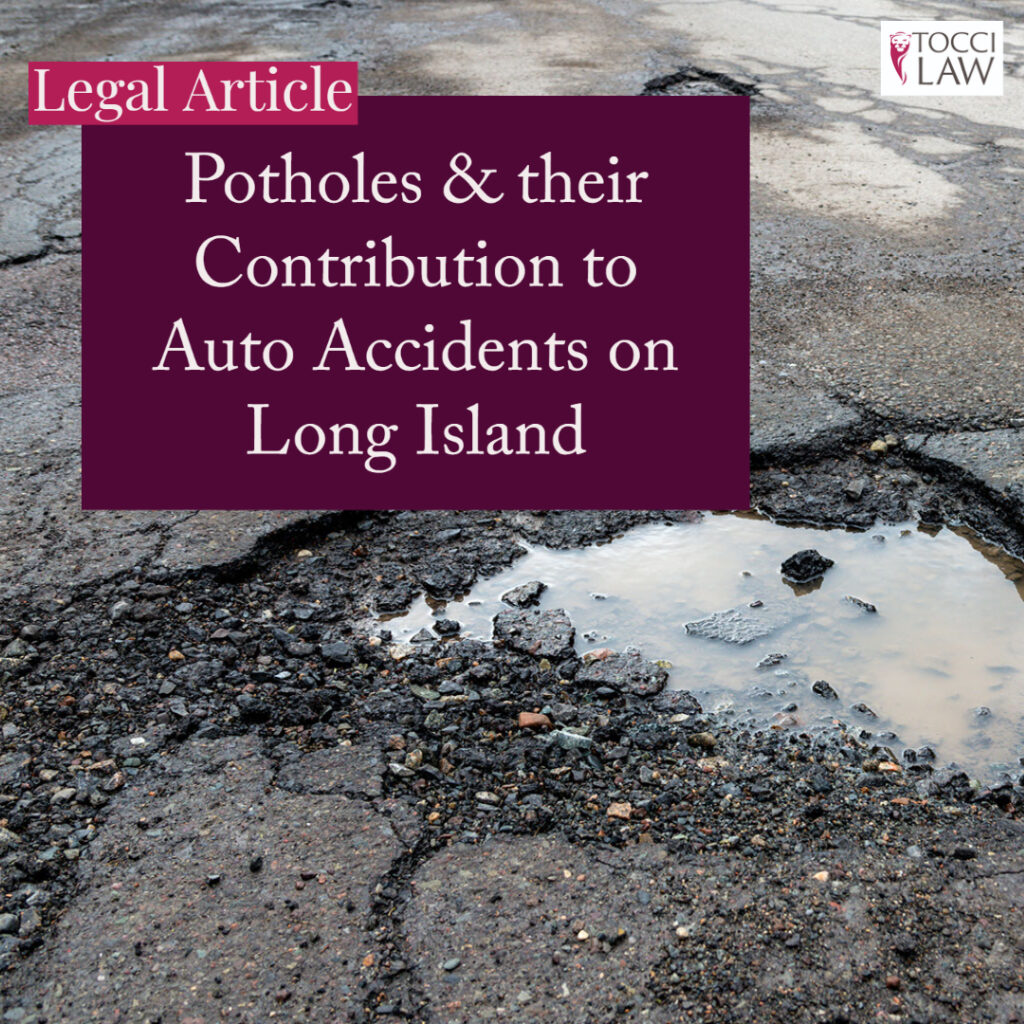 The recent winter weather and snowplows have left the roads in disrepair. If you have been driving on Long Island lately, you may have noticed the increased number of potholes, which are so numerous they seem unavoidable. Potholes can damage tires, rendering your vehicle undrivable in the middle of the Long Island Expressway or sending […] 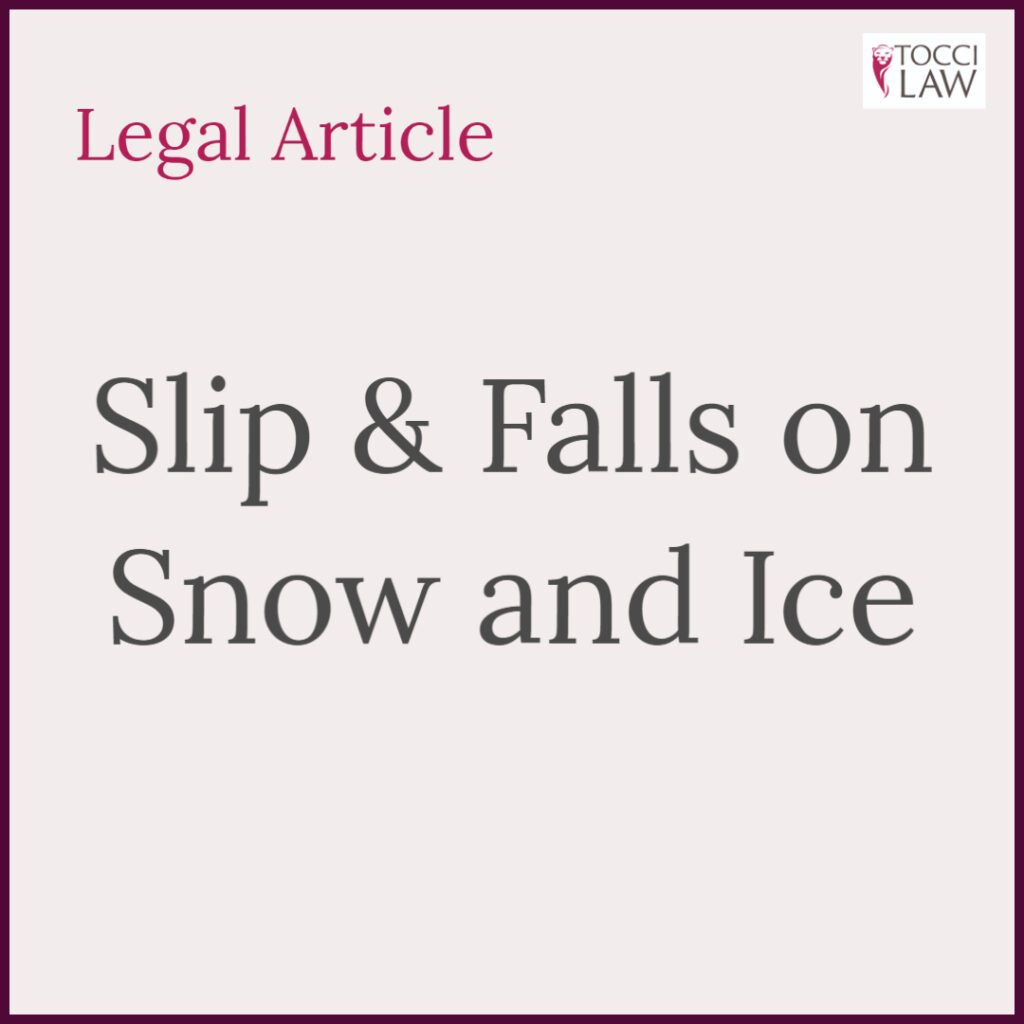 Slip & Falls on Snow and Ice With the temperatures and the recent snow fall, Long Island is experiencing persistent icy, snowy, wet conditions. These conditions dramatically increase the risk of slip and falls. Slip and falls can be dangerous, and at times, fatal. If you have experienced an injury after a slip and fall, […]

Motor Vehicle Accidents After the Snow 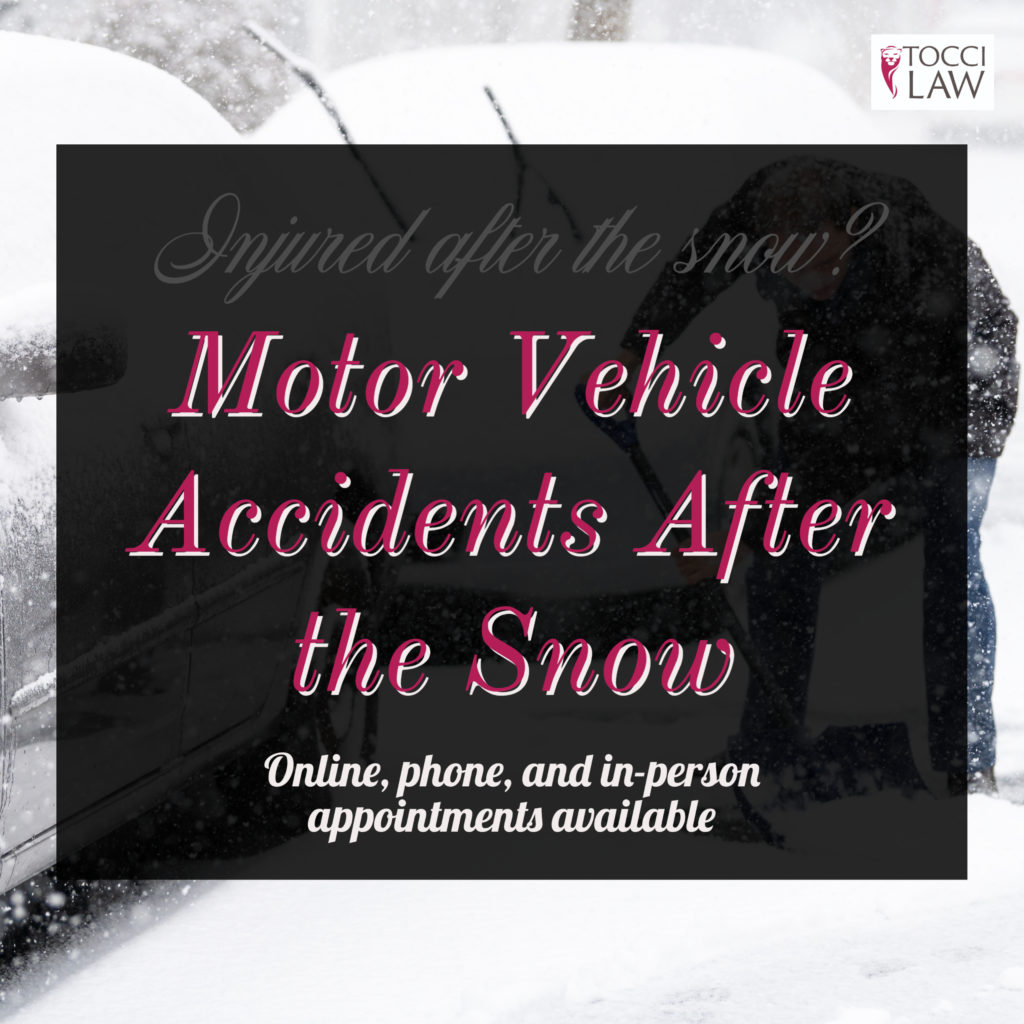 Snow and ice are the culprit of countless personal injury cases on Long Island. Inclement weather conditions cause a spike in motor vehicle accidents and slip and falls. Many Long Islanders are still required to drive to work in and after snowstorms. Our nurses, doctors, police officers, fire fighters, EMT, highway employees, and those in […] 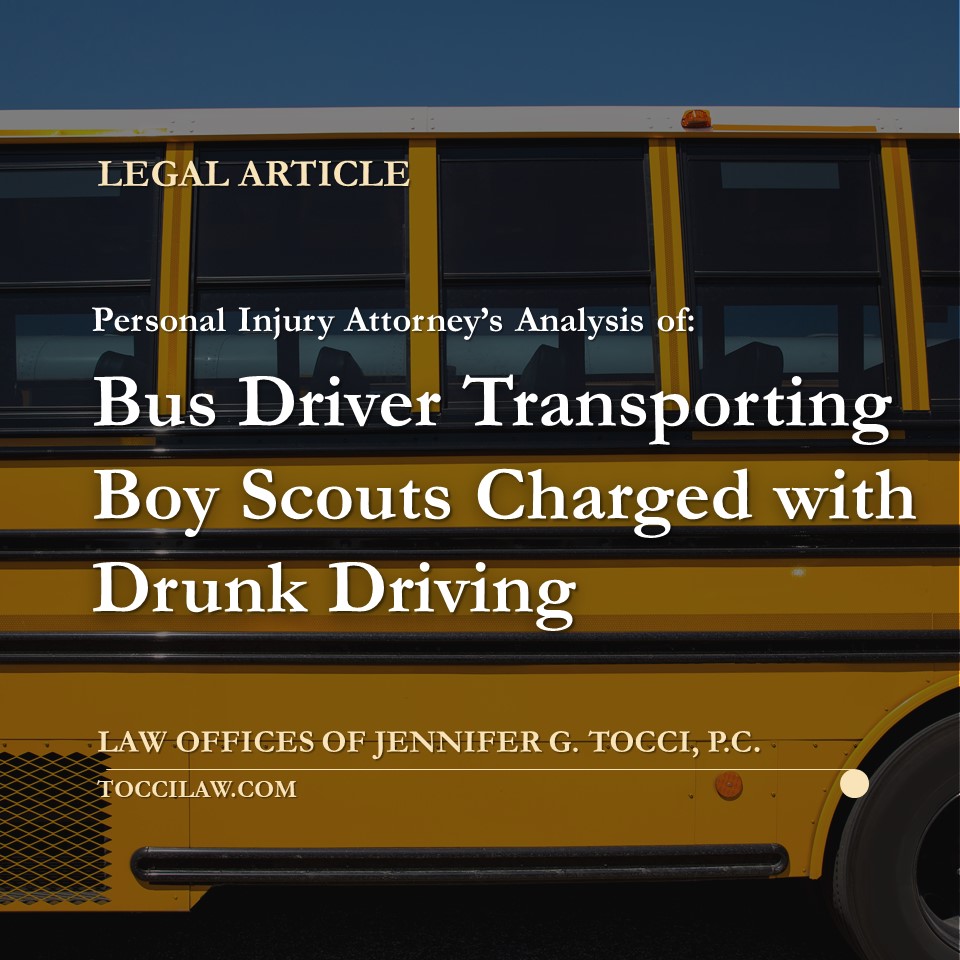 On July 13, 2021, a Long Island woman was charged with “Driving While Intoxicated” after crashing a bus carrying boy scouts twice. Bus driver, Diane M. Juergens, 61 of Ridge, New York, was operating the bus carrying 10 children and one adult camp staffer just west of the Baiting Hollow Scout Camp. Juergens is […] 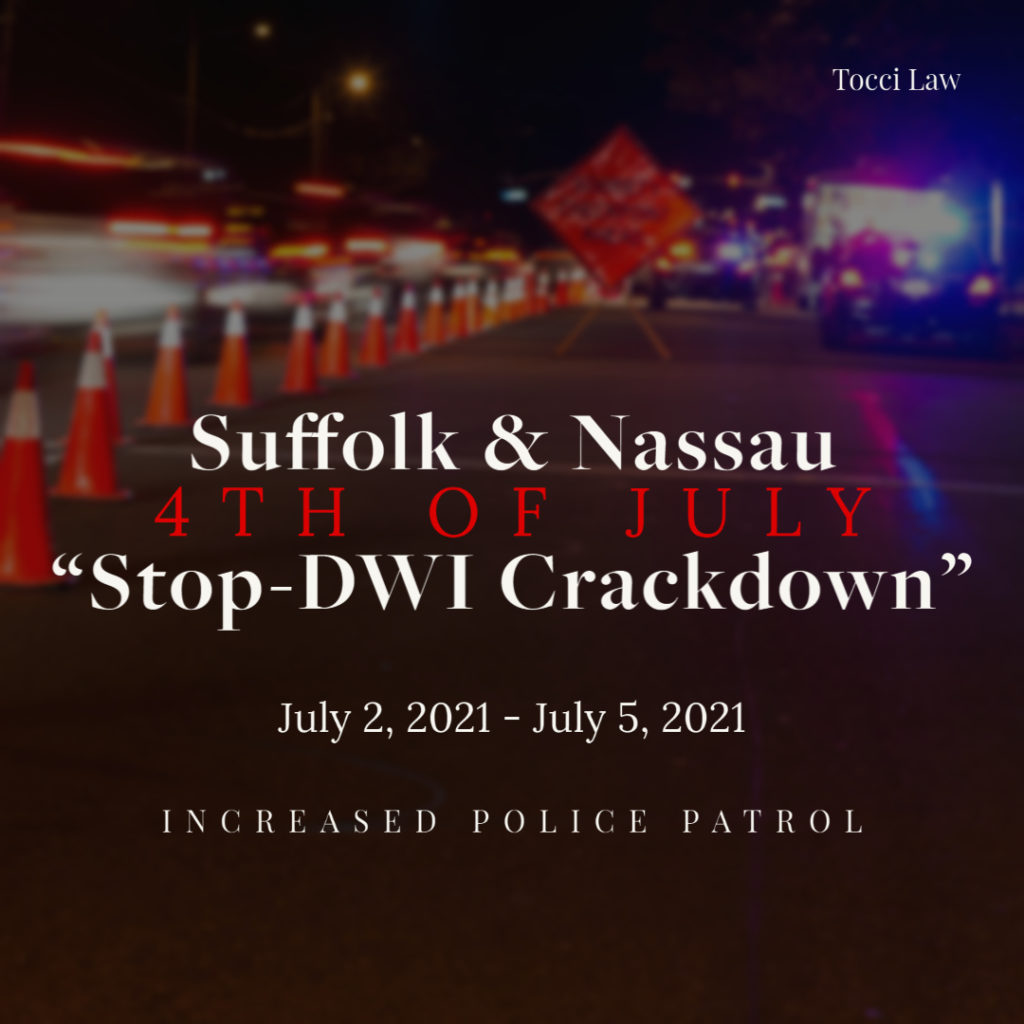 New York State STOP-DWI Association, Inc., had a program to prevent and intercept drunk driving by having “crackdowns” during the holiday weekends every year. This year’s Fourth of July DWI Crackdown will be from July 2, 2021 through July 5, 2021. During the crackdown, there is increased police patrol and DWI checkpoints. Nassau County […]

What effect will the new marijuana legalization have on motor vehicle accident cases? 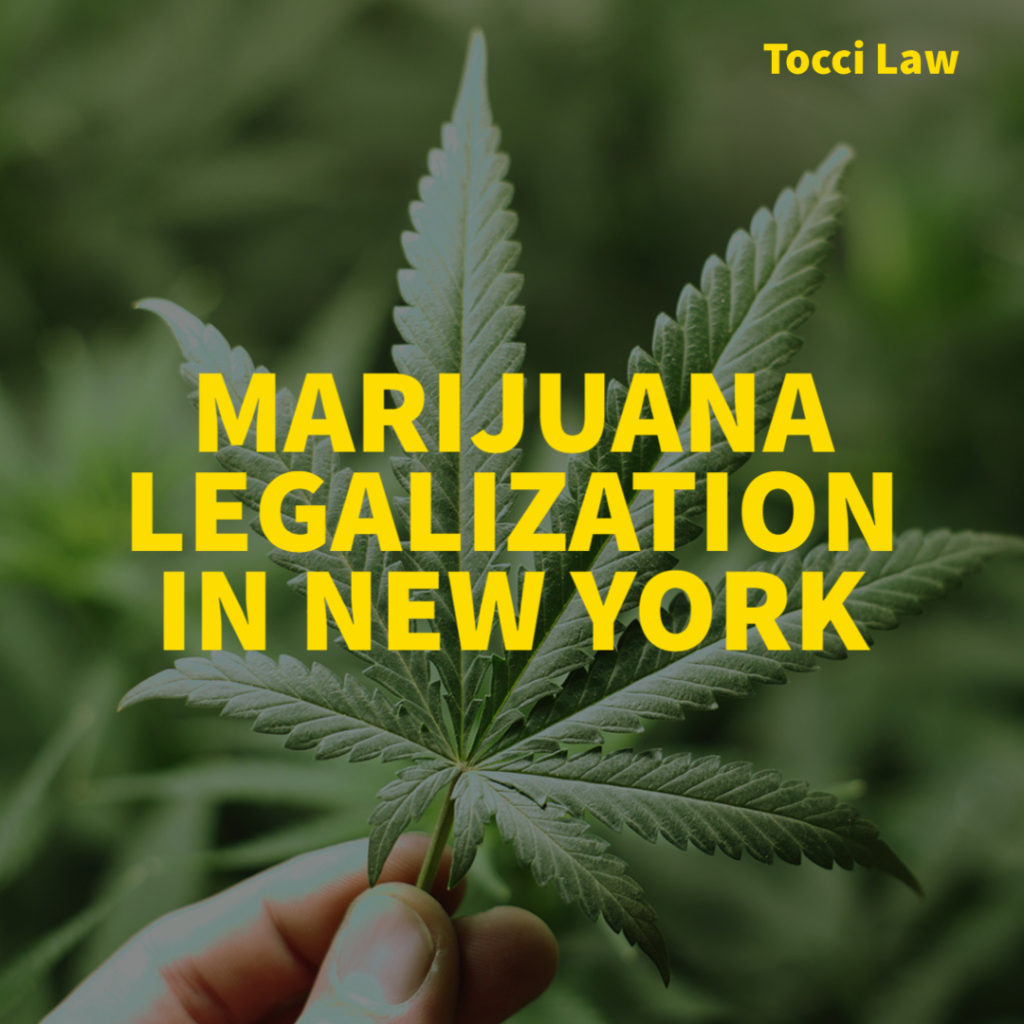 On March 31, 2021, New York became the 15th state to legalize recreational use of marijuana. While implementation of the laws will take time, certain aspects of the new legislation take effect immediately. New Yorkers can now possess up to three ounces of cannabis or twenty-four grams of concentrated forms of the drug, such […] 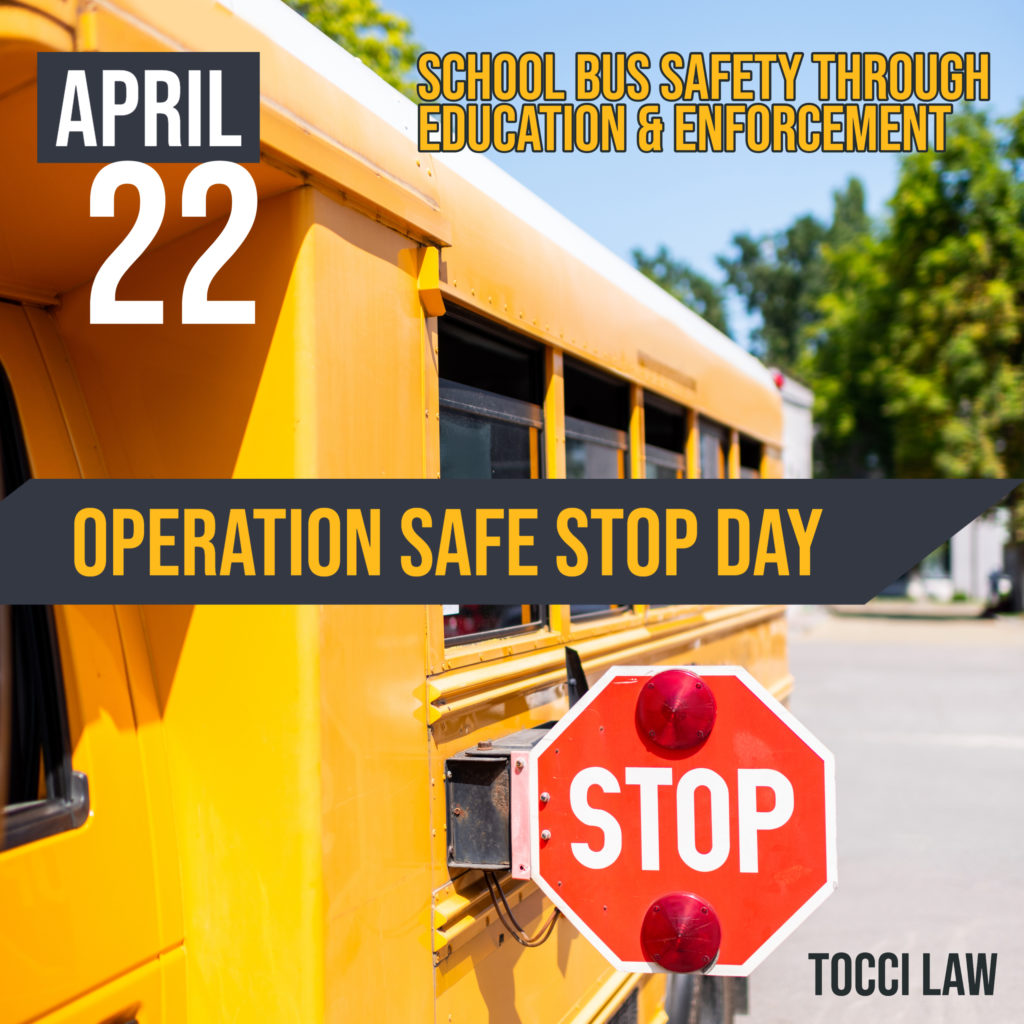 New York State recently enacted a new law that allows school districts to install “stop-arm” cameras on school buses. Stop-arm cameras will record vehicles illegally passing a school bus. Similar to red-light cameras, tickets are then issued as a result. It is illegal to pass a stopped school bus:             It is illegal to […] 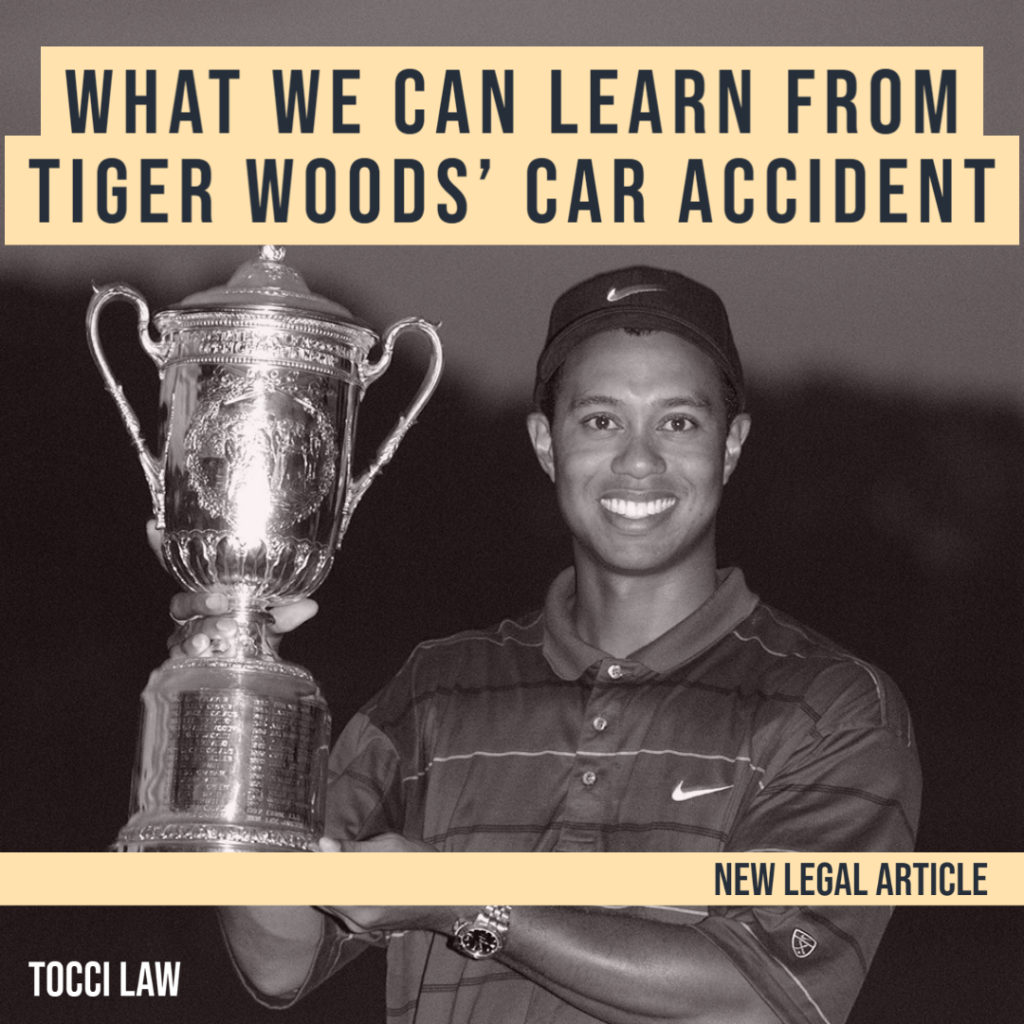 On Tuesday, February 23, 2021, at approximately 7:00 a.m. PT, golf legend, Tiger Woods, was involved in a one car motor vehicle crash in Rancho Palos Verdes, California. The eleven-time PGA Player of the Year was seriously injured, suffering multiple fractures to both his legs. Although he was found conscious at the scene, Los Angeles […]