The Fourth of July is well known for its explosive celebration of fireworks displays. However, despite that in New York State most fireworks are illegal, the chance of being able to spectate is high.

Under New York State Penal Law §270.00, it is illegal to offer or expose for sale, sell, or furnish fireworks, not including counties that permit the use of sparkling devices. While possessing fireworks is a violation (illegal but not a crime), possession of fireworks valued at more than $50 is presumed to be intended for a sale which is a crime. In extreme circumstances, where the fireworks are particularly dangerous and in mass quantities, you could be charged with a misdemeanor or a felony, and potentially serve jail time. Exploding fireworks is a violation, but the penalties for setting off and displaying fireworks could land you in a world of trouble. If you are exploding fireworks, you can be charged with possession, and possession of $50 or more is considered an intended sale. You could further be charged with reckless endangerment, unpermitted use of indoor pyrotechnics, and if there are minors involved, the penalties for each crime may increase. In addition to violating the relevant fireworks and pyrotechnic laws, you could be charged with additional crimes if you damage property, ignite fires, or injure people or animals. If you have previously been convicted of crimes involving fireworks, you could find yourself facing felony charges. In addition to criminal action, injuries caused by your involvement with fireworks could leave you exposed to a civil lawsuit.

How to stay safe:

Fireworks are illegal. You may not light fireworks in New York State. However, you will likely witness several displays on the Fourth of July as people may not follow the law. If you see fireworks being set off, what can you do to stay safe?

Often, firework displays are ignited by untrained or unqualified persons. You cannot ensure that the fireworks are being handled properly, and thus, it is safest to stay far from the ignition site. This is especially true in residential areas; residential areas are not ideal for fireworks because there are houses, trees, and people that may be unavoidable. Exploding fireworks at the ignition site can cause puncture wounds and burns to the body and eyes. Fireworks can cause nearby objects to catch fire, causing burns and other injuries.

Do not get too close to fireworks or the fallout area. Fireworks can burn at 2,000 degrees Fahrenheit, quickly igniting clothing, hair, and causing severe burns to the body. Avoid the fallout area, the area around where firework debris falls from the sky. Firework debris can cause burns to the skin eyes. Often, the debris is not identifiable until it contacts your body. However, if you see debris sprinkling on the ground around you, relocate to a safer location.

Aim to stay at least 225 feet from areal fireworks and at least 120 feet from ground-based fireworks. Use your discretion; if the fireworks or debris appear close to you, distance yourself further.

Keep a heightened watch on children and pets. Never permit them to be near an ignition site or fallout area. Children constitute over one-third of the fireworks injuries country-wide. Never allow a child to handle sparklers or ignite fireworks. If the person(s) igniting the fireworks is intoxicated or under the influence, is igniting multiple fireworks simultaneously, or otherwise exhibiting reckless behavior, avoid the area entirely.

What if you are injured?

Seek medical attention immediately. Severe burns, especially if they cover a large surface of the skin, can be particularly dangerous. If left untreated, they may lead to serious infections. If the burn appears minor, ice the infected area. Call 911 immediately if there are any serious or life-threatening injuries.

If you are injured as a fireworks spectator, you may be able to sue the liable party for damages for your injuries. Liable parties could include the individual exploding the fireworks and the owner of the property where the fireworks were being ignited. Amid tending to a fireworks injury, you may not be concerned with identifying the source or location of the fireworks and witnesses. As soon as you are able, collecting such information could be valuable if it is not identified in the police report.

Remember, safety first. Enjoy spectating if the opportunity arises but keep a safe distance from fireworks. 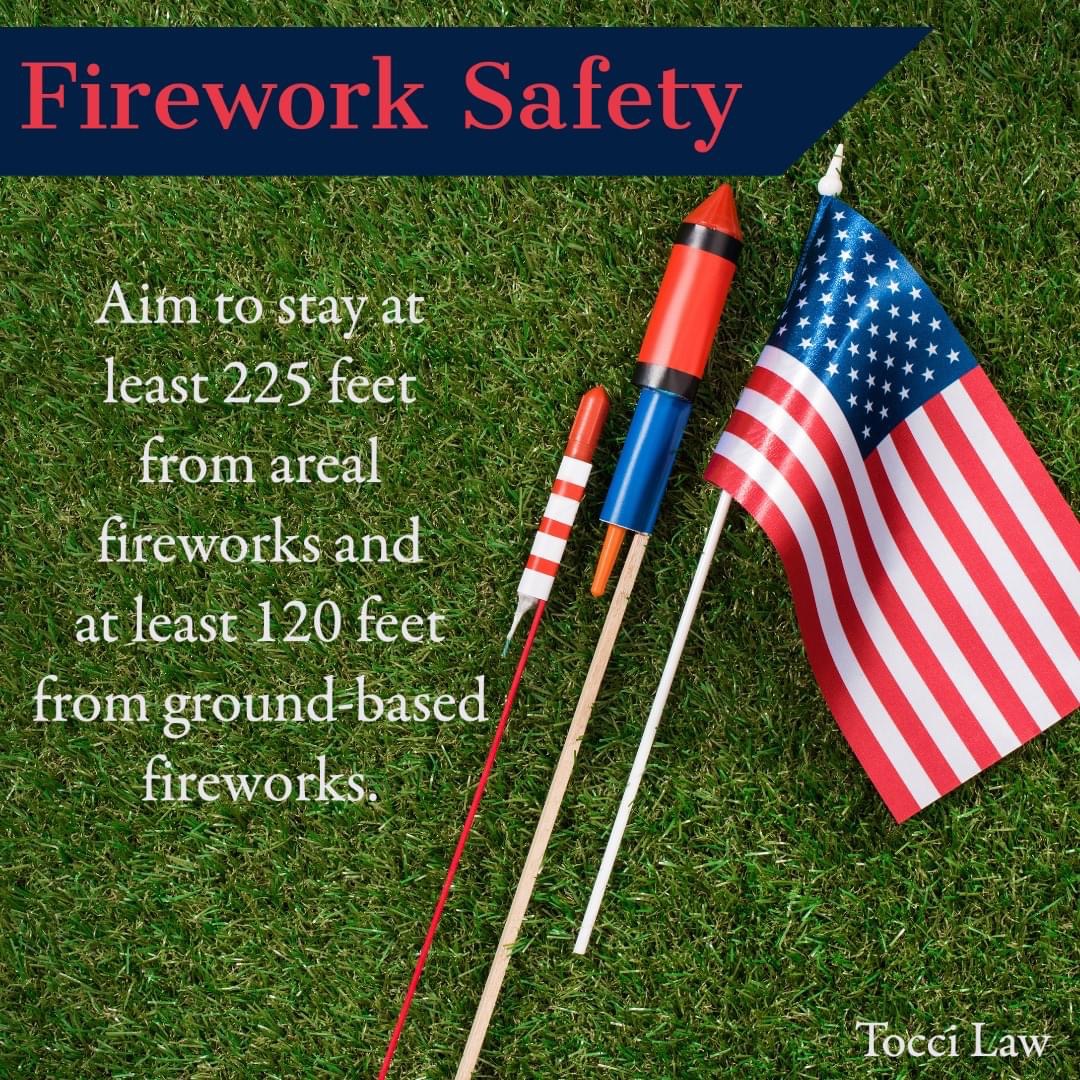