It is illegal to pass a stopped school bus:

It is illegal to pass a school bus with your vehicle when it is stopped, and its red lights are flashing.  Once stopped, you cannot proceed until the red lights stop flashing. This law does not apply only to those vehicles stopped behind the bus; all directions of travel are required to stop. You may not pass a school bus on the other side of the roadway, even if each side is divided by medians, grass, or is multiple lanes. Thus, you must stop for a school bus on the other side of a divided highway. Failing to stop for a school bus is a five (5) point ticket with a fine ranging from $250 to $400 for the first offense. See, NYS VTL § 1174-(a). Additionally, the law permits a sentence of up to 30 days in jail for those who are convicted or plead guilty. Repeat offenders face up to $1,000 in fines, and 180 days in jail. For those charged with violating New York State Vehicle & Traffic Law § 1174-(a), the traffic courts and your auto insurance carriers will not view the offense lightly.

What to do when driving near a school bus:

Failing to stop for a stopped school bus is extremely dangerous, as children are entering and exiting the bus, and may be entering the roadway. Due to the significant size of a school bus, it can be difficult to see the area and roadway around the bus. This makes it difficult to see the students passing on the opposite sides of the bus. It is a smart practice to watch out for children, even after the school bus flashing lights go off and the stop sign arm is released. Drive slowly in the event a child dodges into your path of travel. Moreover, if you see yellow lights flashing on a school bus, that means that it is preparing to stop, and its red lights will start flashing momentarily. Aim to stop your vehicle at least 20 feet from the school bus.

The youngest children and those with disabilities are the most at risk for injuries and death. The New York State Department of Motor Vehicles reports that children ages 4 to 9 (or kindergarteners to 3rd graders) have the highest fatality rate. The smaller the child, the more difficult is for you to see them and for them to see you.

In an effort to prevent serious and injury or death to our children, New York State recently enacted a law that permits school districts to install “stop-arm” cameras on school buses.  Both Suffolk and Nassau Counties have plans to equip several thousand school buses with stop-arm camera devices. These stop-arm cameras will take photographs of vehicles passing a school bus illegally. Tickets will be issued to the vehicle’s registered owner. At this time, it is expected that fines will not be issued until May 1, 2021. While there is currently a bill pending before the senate to increase the fines associated with passing a stopped school bus, it has not yet been signed.

April 22, 2021 marks “Operation Safe Stop Day,” which has been organized in an effort to promote school bus safety through both education and enforcement. On April 22, 2021, police officers will be riding school buses, and in marked and unmarked police cars, searching for drivers who pass school buses illegally. Tickets will be issued, and the statistics will be reported. A number of Long Island school districts and police precincts, as well as transportation departments, participate in Operation Safe Stop Day. 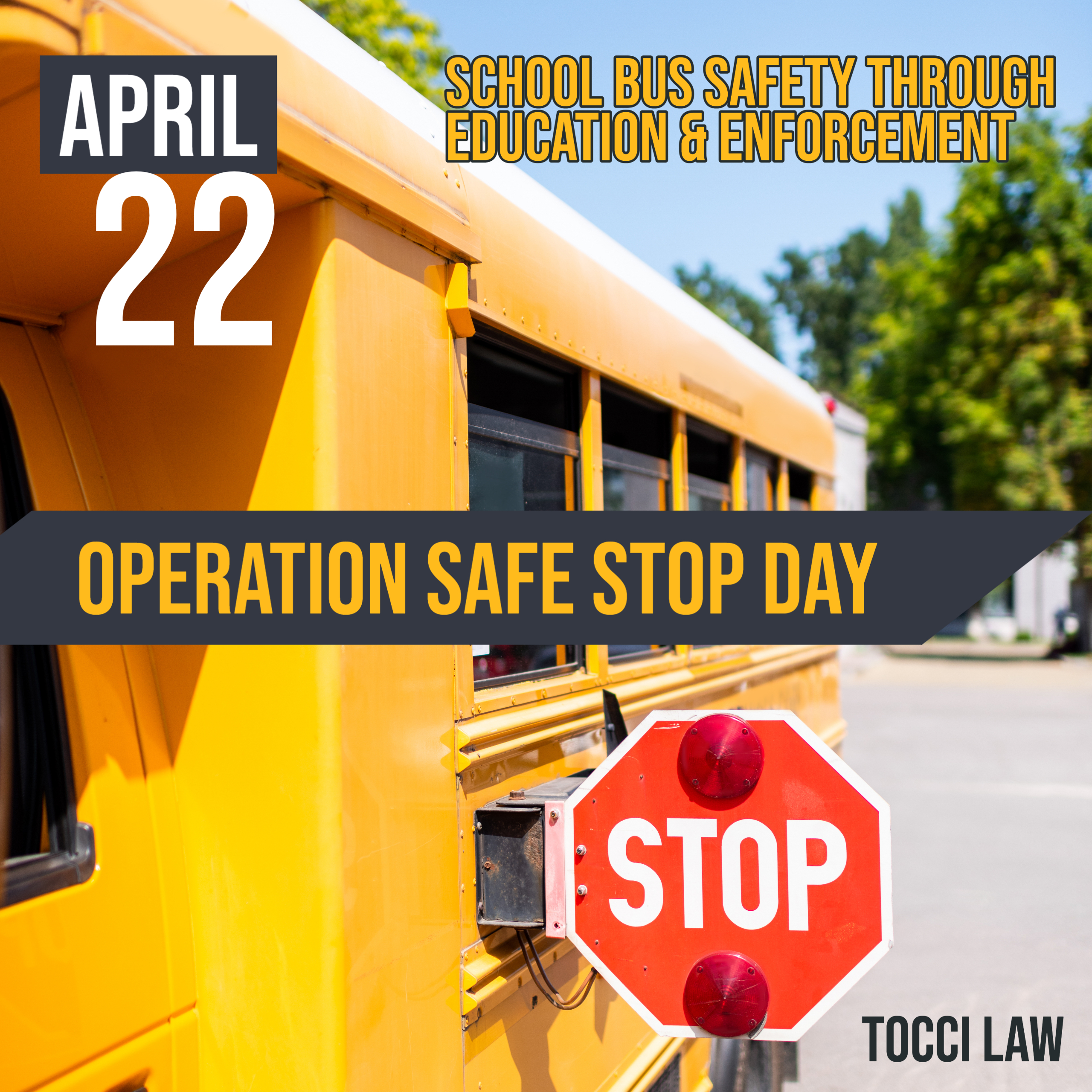