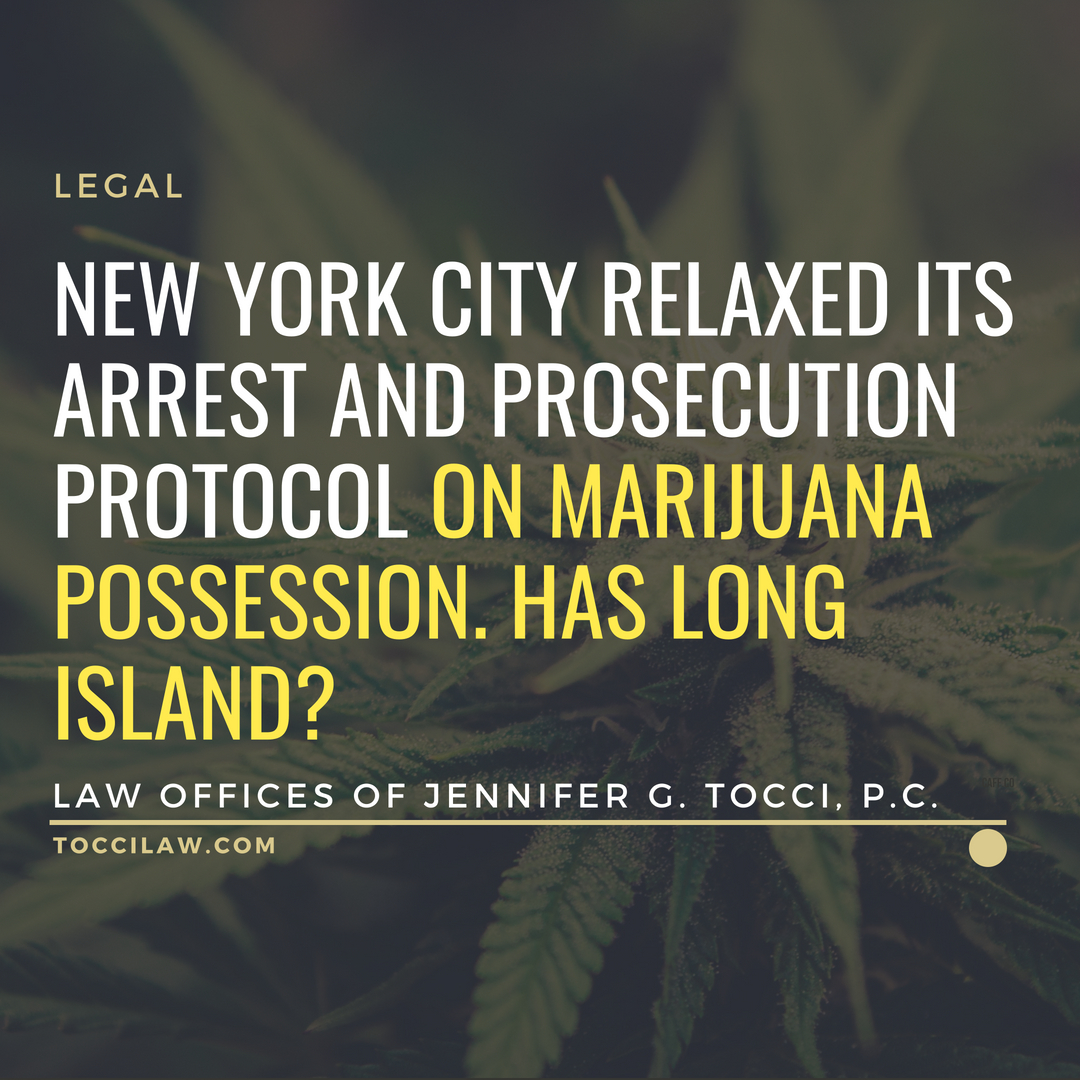 Recently, the New York City Police Department changed its protocol on arrests for certain marijuana crimes. Likewise, the Manhattan District Attorney’s Office changed its policy on prosecution of certain marijuana cases. Although recreational use of marijuana is illegal in all of New York State, depending on your location and how much marijuana you are in possession of will determine whether the police department will arrest you and then whether the District Attorney’s Office will prosecute you.

Effective September 1, 2018, New York City Police will change its protocol, declining to arrest for low-level marijuana crimes and violations.  Therefore, if you are caught in possession of marijuana in NYC, you may receive a ticket instead of being arrested, handcuffed, taken to the station, fingerprinted and booked. [Sidebar: this does not exempt you from being arrested for other crimes in NYC. For example, if you are caught driving while smoking marijuana, you can be arrested for driving under the influence and marijuana possession.] Despite not being arrested, the tickets issued will still have the effect of an arrest.  This means that even though you are issued a ticket instead of being hauled away in handcuffs, you will still need to appear in court and answer the (potentially criminal) charges.  There are several exceptions, for example, people who have a criminal background may still be arrested for marijuana possession in NYC.  NYPD officers will still be permitted to stop and search people who they believe are in possession of marijuana.  Despite these changes in NYPD protocol, Suffolk and Nassau Police Departments have formally declined to follow NYC’s progressive and relaxed approach.  Suffolk and Nassau Police Departments will continue to arrest for possession of marijuana.

If you have been arrested for any crime in Suffolk or Nassau County and wish to discuss your rights with a skilled attorney, we invite you to make an appointment with the Law Offices of Jennifer G. Tocci, P.C., to have one of our attorneys will evaluate your specific case and potential defenses.