What effect will the new marijuana legalization have on motor vehicle accident cases?

On March 31, 2021, New York became the 15th state to legalize recreational use of marijuana. While implementation of the laws will take time, certain aspects of the new legislation take effect immediately. New Yorkers can now possess up to three ounces of cannabis or twenty-four grams of concentrated forms of the drug, such as oils, for recreational purposes. Moreover, smoking cannabis in certain public places is lawfully permitted. The list of health conditions eligible for treatment with medical marijuana will expand and home cultivation of medical cannabis will be permitted for patients. Despite the new law and regardless of whether you are prescribed medicinal marijuana or using recreationally, operating a motor vehicle under the influence and/or smoking or consuming while driving is still illegal. If marijuana is a contributing factor to an accident that causes injuries (whether on the roadway or not) an inference may be drawn that the user is at fault for your injuries.

Traffic accidents is one of the most common causes of personal injuries. As such, it is of great concern that the new legislation will increase the number of impaired drivers on the road- particularly here on Long Island, where traffic accidents and fatalities are the highest in the state. With increased accessibility to marijuana, we can expect to see a greater number of users, as well as those who will drive under the influence. Examining the effects that legalization of marijuana has had on other states, we should be prepared to encounter a sharp increase in marijuana-related motor vehicle accidents and fatalities. Surveys on people in states where marijuana is legal report that they believe it is safe to operate a motor vehicle while using or under the influence of marijuana. In those same states, auto accidents, auto accident injuries, and auto accident deaths increased notably.

How is it proved that an accident was caused by marijuana use?

To successfully hold a driver responsible for injuries caused in an accident, they must cause or contribute to the occurrence of the accident. With no other wrongful actions on the part of the driver under the influence of marijuana, its use alone cannot be used to determine fault (even if the driver is in fact impaired). For instance, if an impaired driver is lawfully stopped at a red-light and is rear-ended, the fact that the driver who was struck was impaired does not contribute to the cause of the accident. However, that scenario will often be found in a small portion of the accidents involving a driver who is under the influence of marijuana. It is more likely that an accident involving an impaired driver will be caused, at least in part, by the marijuana user.

Marijuana use in an accident may help attorneys prove that the impaired driver is at fault for your injuries. Accidents involving drivers who are under the influence may be negligent per se. Any time there is an accident, you and your attorney must prove that the driver(s) was/were negligent in order to hold them responsible. In an auto accident, negligence per se means that a driver is considered liable solely for violating a traffic statute (see below). Thus, if we can prove that a driver was in fact impaired, especially if accompanied with additional traffic violations, we can successfully establish liability on the part of that driver. Proving liability is half of the battle in gaining compensation for injuries. At that point, the only other proof required is proof of your injuries.

How will legalization of marijuana affect traffic laws?

The use of cannabis by drivers is now, and will remain, illegal. In light of the new legislation legalizing marijuana, the New York State Department of Health plans to team up with institutions of higher education to create accurate detection of cannabis-impaired driving. If successful, the Department of Health aims to certify the test for use in detecting cannabis impairment in drivers. New York is working to arrest and prosecute those who drive under the influence of marijuana more effectively. With the ability to identify more accurately those who drive under the influence of marijuana, we will likely see an increase in the number of both arrests and convictions.

Will penalties change for driving under the influence of marijuana?

Despite the legalization of recreational cannabis, convictions for driving while impaired by marijuana will carry the same penalties that it does now. Although legal, the penalties for use while operating a motor vehicle are highly unlikely to decrease. If anything, penalties are more likely to increase. Either way, we can expect to see additional arrests for driving under the influence of marijuana because of the expected increase in violators and for the increased highway patrol. Once a proof positive test to identify marijuana impairment in drivers is approved, arrests and convictions will be more substantiated.

Currently, smoking or using marijuana while driving is a crime in New York State. The criminal charge is titled “Driving while ability impaired by drugs” (See, NYS Vehicle and Traffic Law § 1192-4). This is the same citation issued to a driver who is under the influence of hard drugs, such as heroin. If convicted, the first violation is a misdemeanor, giving the violator a criminal record. Although possession and use of marijuana are decriminalized, driving under the influence absolutely is not.

Does a driver need to be convicted of driving under the influence to show fault in a personal injury case?

A driver does not need to be arrested nor convicted to present credible proof to the jury (or attorneys and insurance companies) that the accident was caused by their impaired ability to drive. If a driver is arrested or issued tickets at the scene of the accident, that alone can be used as an indicator. Although, if the impaired driver goes to trial and is acquitted of the charge, your evidence of impairment weakens; however, it is not eliminated. This is because the burden of proof in a civil case (a personal injury case is a civil case) is vastly different from that in a criminal case. In a criminal case, the prosecutor must show that the driver was impaired “beyond a reasonable doubt.” Whereas, in a civil case, as the plaintiff (the person who is injured), only needs to prove that it was more likely than not that the driver was under the influence. While there must be some evidence presented to the jury, it does not need to be in the form of an arrest or citation. Testimony from a responding police officer who witnessed marijuana in the vehicle, smell, or visible impairment can be all you need to convince a jury. Medical reports and tests administered to the impaired driver near the time of the accident that show marijuana use may also be admissible at trial.

Civilly and criminally, proving marijuana impairment is more challenging than proving alcohol impairment. Drunk driving is easier to prove because there is a blood alcohol test that shows the exact content of the substance in your body. We do not yet have an accurate test showing if a driver were high at the time of an accident. Although we can test for recent marijuana use, we cannot accurately decipher which time periods a driver’s ability was impaired from the substance. Regardless, facts, clues, and evidence can be presented to a jury to help win your personal injury case.

How can you protect yourself?

Firstly, and the most obvious safety measure, do not ride as a passenger in a vehicle operated by someone who you know recently smoked or is smoking marijuana. Beforehand, designate a sober driver. In any event, always wear your seatbelt, which can protect against injuries. Drive defensively- if you are operating your vehicle and notice another vehicle swerving, drifting, driving below the speed limit, be cautious when passing. Try to stay behind that driver and pass only when it is safe and there is plenty of room to avoid them.

What if you are involved in an accident with an impaired driver?

Regardless of the substance, if you were in an accident with an impaired driver and experienced injuries, hiring an attorney immediately is the best course of action. As a personal injury attorney, we protect your rights, preserve options, investigate thoroughly, and work to have blame placed appropriately. Beyond that, we ensure that your medical expenses are limited as much as possible and locate all insurance policies that could be used to cover your injury expenses and compensation.  We are here to advise and guide you through a process rigged against you, even if the accident was caused by another’s impaired ability to operate a motor vehicle. With us, consultations are always free, informative, and personalized. You can contact us through the phone, email, text, Facebook, Instagram, LinkedIn, Twitter. We answer every inquiry, as we want you to feel free to reach out to us for potential representation. 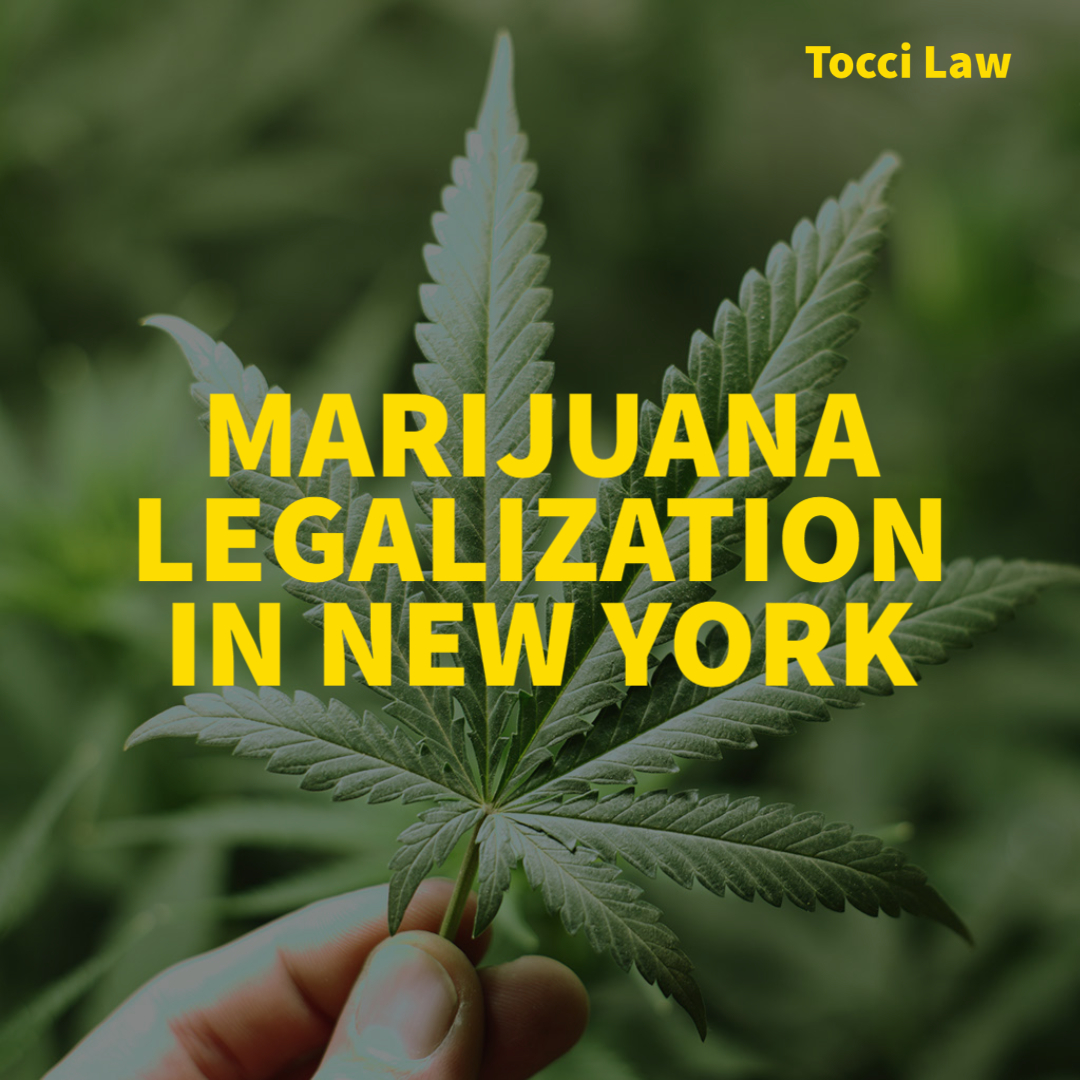