New crosswalks, traffic signals, and other enhancements have been added to four main roads on Long Island, including New York State Route 25.

More than 250 new curb ramps, more than 1,800 feet of new or upgraded sidewalks, and dozens of new traffic signals and signs have been added or improved.  The goal of the new additions and repairs were to improve travel conditions for pedestrians and motor vehicles on heavily traveled Long Island roads.

According to New York State Governor Hochul, “If we are serious about securing a greener future for all New Yorkers, making our streets safer and more walkable needs to be at the top of our agenda. More and more people are taking to the roads again as our state continues coming back from the pandemic, and we must continue working to improve accessibility and make our streets and highways more accommodating to all modes of transportation.”

In a press release from the Governor’s office, we learned that:

The $8.6 million project along State Route 25 added approximately 300 new pedestrian safety enhancement measures – both large and small – along the entire stretch of the road from the New York City border to Orient Point. The project cost was approximately $1 million less than the initial estimated costs. Enhancements include:

Additionally, approximately 1,000 feet of new sidewalk were constructed along State Route 25 in the Town of Brookhaven, providing pedestrian accommodations in areas adjacent to the westbound lanes in Selden and Coram that had previously lacked them. Two new traffic signals at Adirondack Drive in Selden and North Howell Avenue in Centereach will also serve to calm traffic and accommodate foot traffic coming to and from area shopping centers and residential developments. The North Howell Avenue signal will also provide improved roadway access for the Centereach Fire Department.

At Court Street in the Town of Riverhead, a new signalized pedestrian crossing will help motorists navigate the intersection while beautifying with colored traffic signal masts and fresh concrete around the northeast corner near the historic World War I memorial.

Department of Transportation Commissioner Marie Therese Dominguez said, “Safety is the number one priority of the Department of Transportation. Unfortunately, too often motorists are traveling at unsafe speeds or they are distracted, resulting in devastating motorist-pedestrian crashes. In addition to promoting safe driving and enforcement, these projects exemplify New York State DOT’s efforts to build safer corridors in communities across New York. A 21st Century transportation network demands that we go beyond just motor vehicles and accommodate all modes of transit so that communities continue to prosper and grow.”

Nassau County Executive Laura Curran said, “Improving conditions on our roadways for motorists, while enhancing pedestrian safety, is an economic shot in the arm for many small businesses. I thank Governor Kathy Hochul and the New York State Department of Transportation for ensuring the on-time completion of this project.”

Suffolk County Executive Steve Bellone said, “Infrastructure and public safety remain a top priority, and these critical enhancements will help ensure pedestrian safety on some of our busiest roads. I want to thank Governor Hochul for recognizing the continued need to invest in Long Island’s infrastructure as we work to build a 21st century transportation network across Suffolk County.”

Motorists are urged to slow down and drive responsibly throughout the work zone. Fines are doubled for speeding in a work zone.  Convictions of two or more speeding violations in a work zone could result in the suspension of an individual’s driver license. (End quotation.) 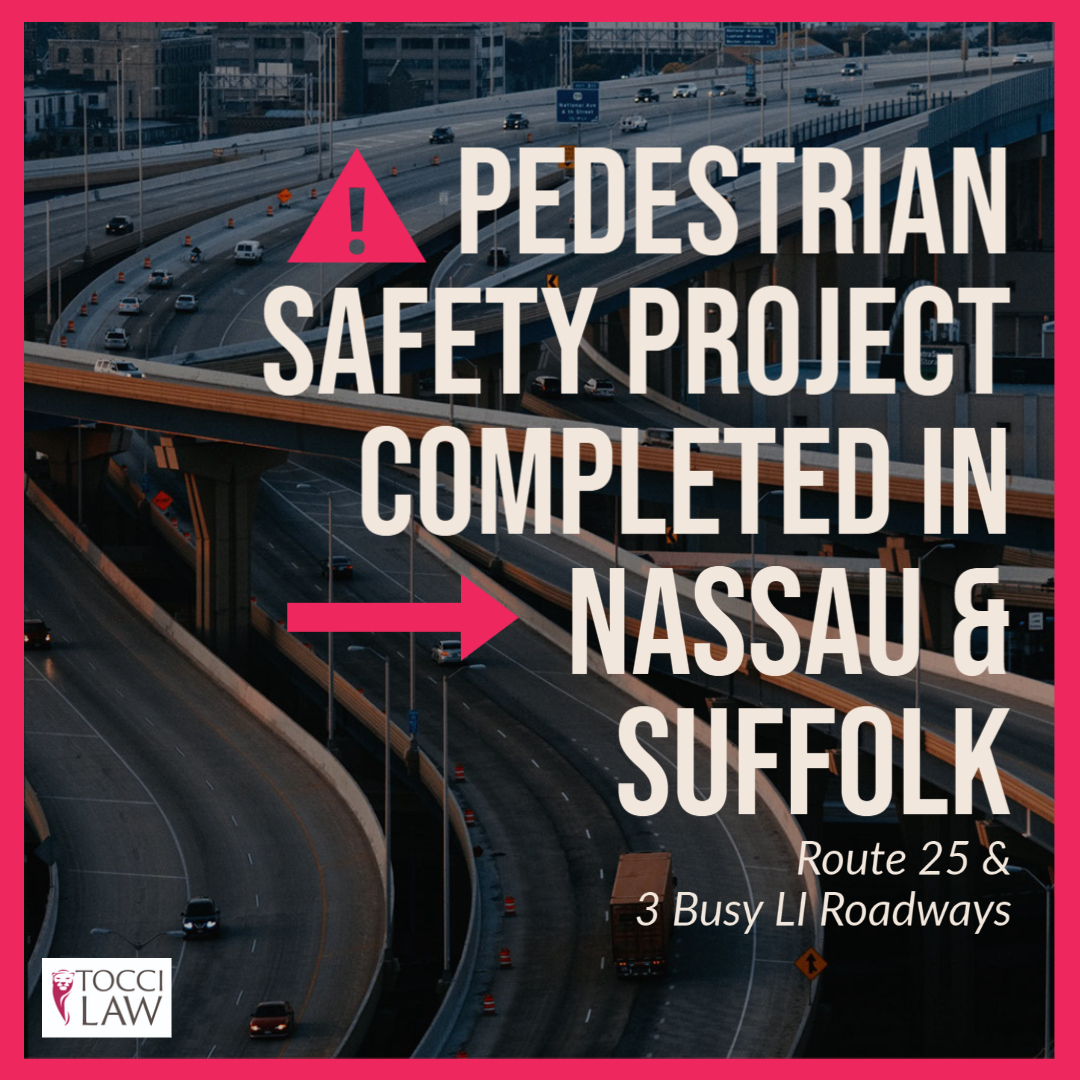