With the temperatures and the recent snow fall, Long Island is experiencing persistent icy, snowy, wet conditions. These conditions dramatically increase the risk of slip and falls. Slip and falls can be dangerous, and at times, fatal. If you have experienced an injury after a slip and fall, it is important that you take action immediately.

Why do I have to take action immediately?

Unlike other slip and falls or trip and falls, the evidence in this case melts. The snow and ice may be removed or gone if you return to the scene at a later time to take photos. Unlike fixing a broken step or large defect, snow and ice is usually easy to remove, and is often done so promptly after the property owner/manager learns of an incident. Having photographic evidence strengthens your case. If you are seriously injured, obviously your injuries must be treated above all else. However, if you are able, take pictures yourself as soon as possible, or request another person take photos so that you can later prove the conditions that caused your fall. In snow and ice slip and falls, we send an investigator to the scene immediately upon being retained (hired). In addition to photos, we have our investigators look for video or surveillance, witnesses, evidence of prior falls or notice.

Who is responsible party?

If you slip and fall on snow and/or ice, you may be able to hold the person/party who should have removed the snow and ice for your injuries. You may have medical expenses, ambulance and hospital bills, lost wages, and pain and suffering.

In New York, you can start a lawsuit against homeowners, property owners, business owners, property managers, and the government for carelessly failing to remove snow and ice.  Any person, business, or government that controls property could be held liable (responsible), including tenants.  These responsible parties have to remove the snow and ice within a reasonable time period after a storm. Snow and ice must be removed from walkways, driveways, steps, decks, and any areas a person may walk.

What if it is partly your fault?

You may still be able to hold a property owner liable, even if something you did partly caused the fall. In New York, if you are 10% liable for your own injuries, then your jury verdict or award would be reduced by the amount you are responsible. Thus, it is usually worth it to pursue a case where you bear some fault, especially if your injuries are serious.

How long do I have to start an action?

The quick answer is that slip & falls have a three-year statute of limitations in New York. However, if you slipped and fell on property owned or managed by the government or governmental agency, your time limit seriously shortens. When the responsible party is a government, you have ninety days to file a Notice of Claim or your right to assert a claim for personal injuries could be waived. 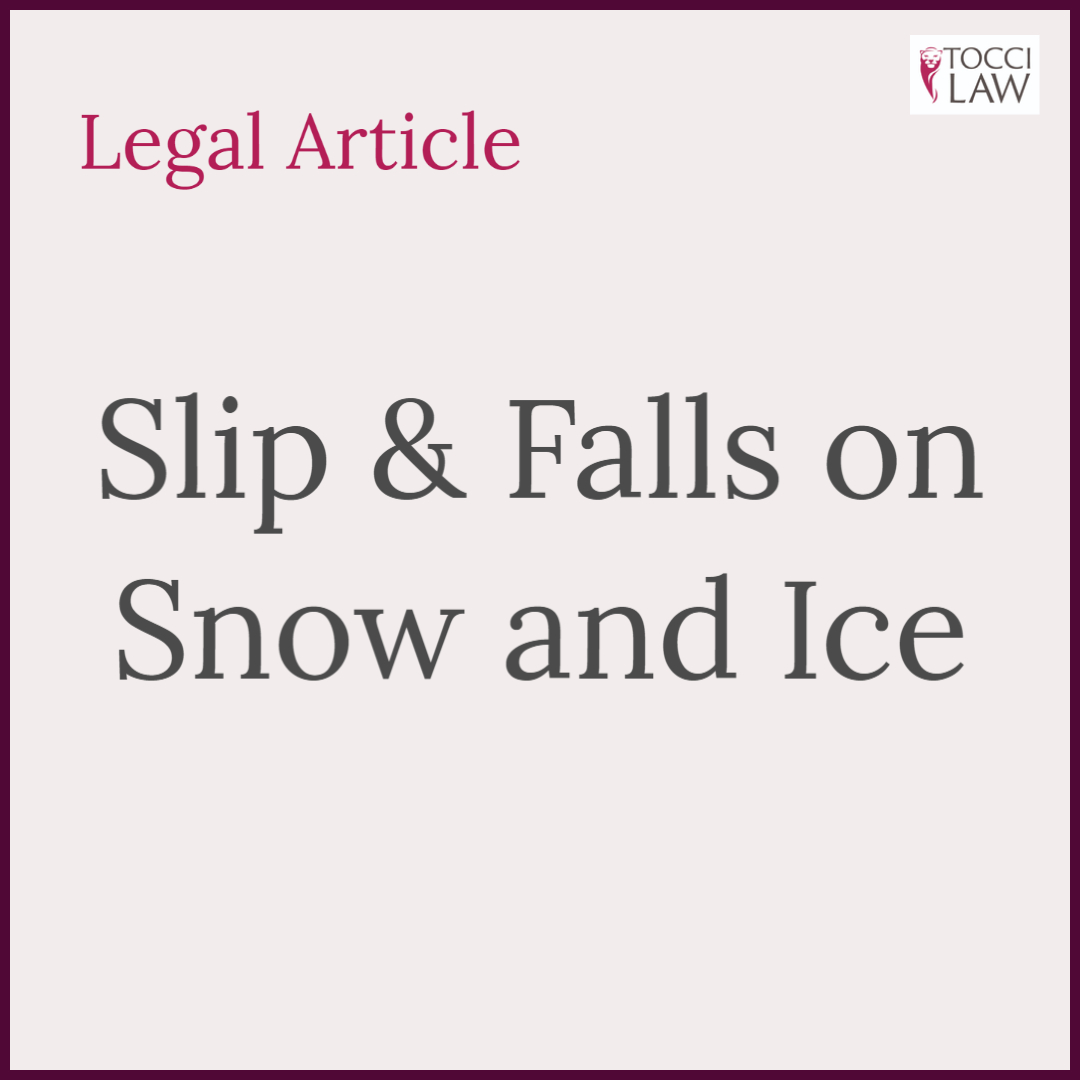